Rylee was occupying the corner table of the cafeteria, a distant most place that was right beside the giant windows and had a comfortable view of the entire room.
While she sipped away at a tasteless mug of coffee, she was absorbed in one of her most bizarre hobbies, watching strangers. Rylee possessed almost all the qualities of being a lovely twenty-two-year-old lady, yet for some odd reasons nobody ever really thought of her as attractive. For the rest of the world it might have been a great mystery, but not to Rylee, no. Indeed, the reason was quite peculiar. No matter how much a person’s outward beauty is apparent, it truly does not manifest if that person’s inward self isn’t also graceful. Instead, that person’s internal self reflects upon their outer self. Rylee’s inward self was frightful, hideous and evil. She was intelligent, but she lacked any form of human empathy. Psychologists would have identified her as a psychopath if they ever got to look at her case.
Rylee never went to any psychiatrist though, never wanted to, because she was very aware of herself. The family in which she was born was middle-class, nothing special about it. Her parents were going about their lives just like any other comfortable and stable families out there, happy in their uneventful environment. Rylee’s mother was the very first one to discover the abnormalities within her daughter. She was a dedicated and loving mother, and Rylee was her only child, so she kept her mouth shut. More like she was afraid of the fact that things wouldn’t be the same for her child if she did. Rylee left her family to live on her own as soon as Rylee was a grown-up who could do enough to provide for herself. She wanted to hurry, and there were several important reasons for that. The first one was: the crowded family gatherings. They posed as a constant problem to her as she never understood the human emotions that played on such occasions, and soon other people started noticing her odd manners. Being intelligent, however, she gradually grasped the workings of the gatherings and learned how to act appropriately and say the right things to other people. The second important reason was: her thoughts and views of the world did not match the people around her. So, she became concerned that in a moment of carelessness, she might get singled out and questioned or even worse.
Eventually, the constant facade became too tiresome for her; therefore, Rylee wanted to be away from the people she knew or had any sort of influence in her life. Soon after Rylee left home, she found out that when things like love, affection, morality and conscience were nonexistent in a person, life became surprisingly easy. Rylee became an adult with tremendous potential with her extraordinary intelligence. She successfully graduated from her university. Though unlike her peers, Rylee never felt any special sentiment towards her university life.
Now, she was sitting at a corner table of her old university’s cafeteria, observing the students around her with a gaze of curiosity. The students’ outburst, their cheer, joy and laughter seemed somewhat irrelevant to her. 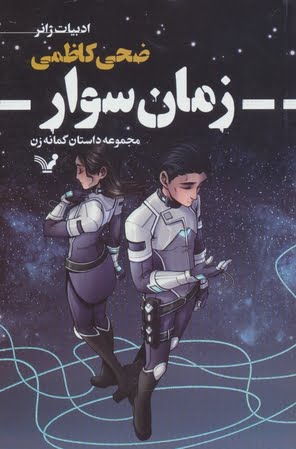